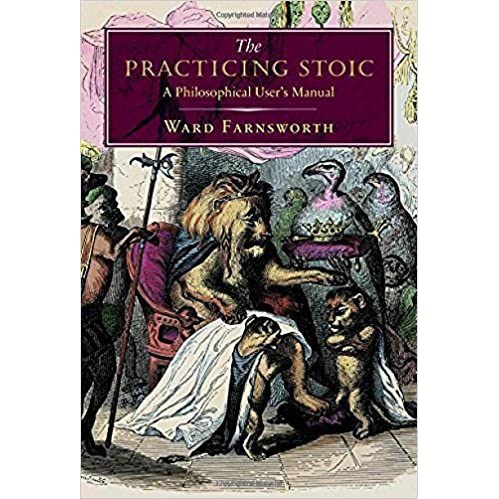 Stoicism, according to Worknik [1], is defined as:

Indifference to pleasure or pain; impassiveness. The doctrines or philosophy of the Stoics.

I, really believe this definition is not entirely correct. I also believe the above definition follows closer to Nihilism, which Stoicism is not. Nihilism is defined as:

Philosophy The doctrine that nothing actually exists or that existence or values are meaningless. [2]

To better describe Stoicism, I would like to relate it to Zen, which I’m going to give a definition below:

The above definition is even a slightly absurd one, and to explain why, let me give a bit of personal history. I’ve been studying Soto Zen Buddhism for about 20 or so years, and while Stoicism is a relatively new venture, I find them to be very close to each other in terms of philosophy. What do they share?

When I went about starting this page, I never intended to go this deep into the philosophical similarities between the two philosophies, but was hoping that the definitions would be at least reasonably accurate. Unfortunately, neither are, and I believe I’ll be writing considerably more on these in the future. I do feel that an underlying understanding of both of these will help with the review, though, so lets get started on that.

I believe this is a great introductory book for people wanting to learn what Stoicism really is.

The Practicing Stoic [4] is a book written by Wars Farnsworth, who I believe, is a very gifted writer. If you read the underlying Stoic literate (such as from Loeb), they’re group by lectures. These lectures may be over more than one topic, and there’s a lot of context in those lectures. But, Seneca himself, has 10 volumes (and I own most of them). Others may have less volumes, but we’re still talking about a lot to go through. This book takes a different, and unique, approach for communicating the concepts of Stoicism to the world. It breaks stoicism into themes. Those themes, and summary, are:

There’s also a chapter on the criticisms surrounding Stoicism toward the end. It highlights that there are no perfect Stoics out there, and that while the goals are lofty and unlikely to be adhered to entirely. Despite all this, we’re in a better place when we try.

The Practicing Stoic [4] is a great book. It really hit me when I read it, largely because the philosophy in Zen is very very close to Stoicism. The ideas of interdependence, focusing on the present, and so on made this a very easy “pill to swallow” as I was reading it.

I do not feel this book is the best in isolation, though. The underlying texts and translations are incredibly useful, and that’s how I now use this book. I look at a quote, then follow it to the source and read it there.

That said, I do believe this is a great book for really anyone. There’s no religious tint to any of this, so it fits well with both religious and non-religious individuals. It fits better than Zen for many, because some people have a hard time with the ritual aspects of Zen (given bowing, chanting, etc.) This book communicates similar concepts in a non-religious way.

This book is available on Amazon, and as an Audible book. I can’t recommend the audible book without having the physical book too. I have both, and the references presented in the book are useful to look up.

# IntroductionI decided to do a dual book review for this post, as they both are along the same topic and both are fantastic. These are ...… Continue reading